Health is a basic right of a citizen and contributes largely to the Human development Index. Improved access to health facilities and services has always remained a challenge and the Govt has been trying to improve it with inclusion of new schemes and measures. However, in the areas affected by Left Wing Extremism, the geographical and security challenges has worsen the situation. Improving the facilities and services requires an integrated effort and also some localized solutions.

Mr. Jitendra Kumar Singh, an IAS of 2008 batch has been putting all his efforts to bring in systemic Governance reforms in the district. In August 2018, two young energetic minds, having zeal to support the Govt administration and strengthen the existing system, joined the Chatra district as Aspirational District Fellows, appointed by Tata Trusts. This trio collaborated efficiently and changed the dynamics of the district from a coercion based model of development to a consensus-based model of development, especially in the health sector.

Chatra District, having Hazaribagh district on the east and Gaya district on the north has witnessed a very serious phase of Left Wing Extremism. The district is gifted with natural resources where around 60 % of geography has forest coverage and have large hilly terrain. The hilly terrain has caused a different set of challenges for the district in ensuring accessibility, availability, affordability of basic health services for its citizen. The trio had moved extensively to the remotest locations and realized the poor status of maternal and child health services.

Majority of the Anganwadi centers were in dilapidated conditions, having no/ minimal facilities for which the six essential services under ICDS are severely affected. The Deputy Commissioner decided to transform these AWCs to facilities like any other urban playschool and ensure best form of preschool learning to the children of Chatra. This resolution seeded the Project Aangan, an initiative to transform the existing Anganwadi centers into Interactive and Child-friendly learning spaces and was formally launched in October, 2018. A SoP was developed and for improving the six services, gap assessment was done. Anganwadis were provided with necessary equipment and interactive learning materials. The ICDS Department and Anganwadi Didi were the key in bringing transformation of these buildings in to learning centres. These centers have now become a space for Joy ful learning. A sample study was conducted where the findings reveal significant improvement in the attendance of children and the duration of time they spend in the campus. More than 200 AWCs have been transformed. 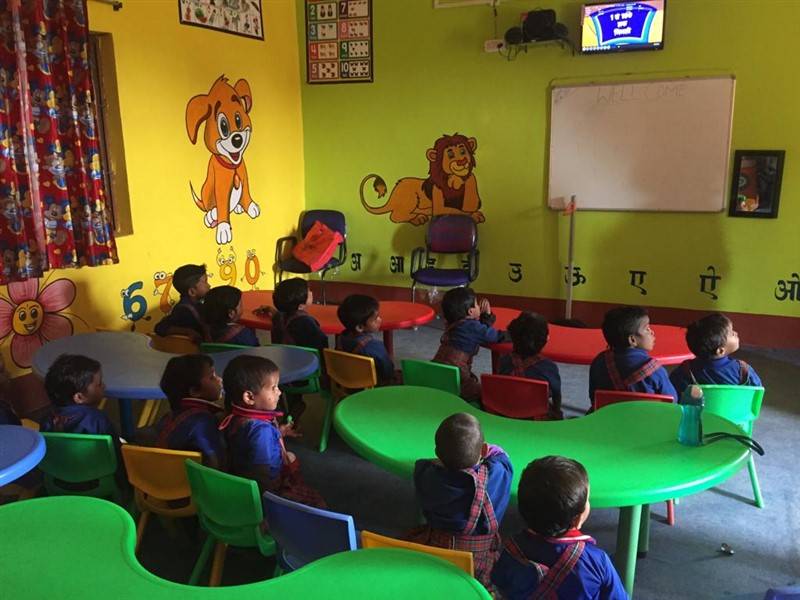 A glimpse of Model Aanganwadi centers in Chatra district Jharkhand

Swasthya Chatra; an umbrella program with a series of simple yet innovative solutions to improve the health service delivery in the district:

The positive outcome of Project Angan built confidence to improve more such services with help of the existing line department machinery. Swasthya Chatra, an umbrella program to improve health services in the district was launched and series of steps have been taken. The initiative envisions for bridging the gap in the demand and supply of public health services and ensuring Accessibility, Affordability, and Availability of services for its citizen. Under this umbrella programme, Four major initiatives were taken.
a) Project Nidan: Improving the diagnosis services by using Health Cube;
b) Arogya Kunji: A customized kit for frontline health workers for outreach of basic services;
c) Bike Ambulance: Improving emergency referral services in hard to reach areas.
d) Mobile Malnutrition Treatment Van

Project Nidan: In any district, clinical labs play a vital role in the diagnosis of disease. The Chatra district also is having severe shortage of such labs. To increase the testing lab facilities, there is need for a number of strengthening the existing facilities and opening of new facilities. While strengthening of the existing facilities were taken up on priority, use of Health Cube, a patented diagnostic machine was promoted. The device is used to carry out 24 different types of diagnostic tests for early detection of diseases. Health Cubes were provided in the Community Health Centres.The services were offered free of cost. As the device is potable services were offered in public events and reached out to many beneficiaries. Results were provided instantly. The district has always faced disruption in power supply. As this device does not require power supply for testing, the concern of unavailability of electricity for conducting test was reduced to some extent. 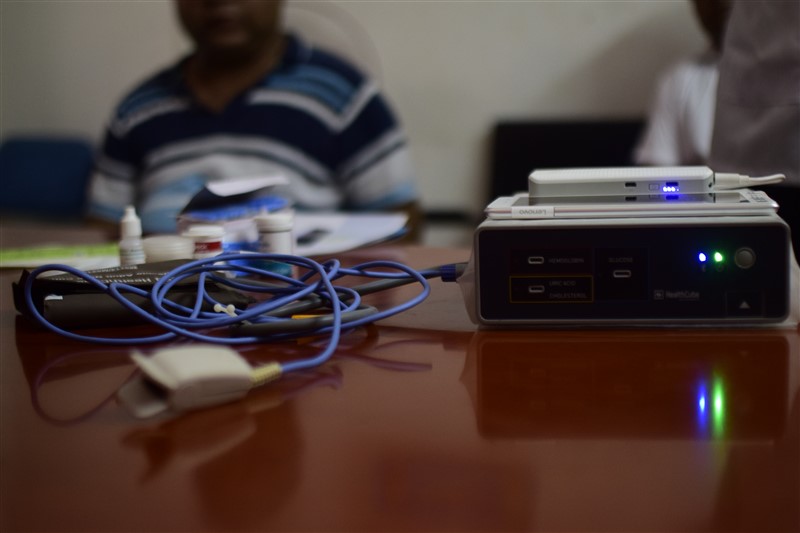 Frontline Health workers especially the Sahiyas (ASHA Didi) plays a crucial role in community engagement for delivering essential health and referral services. In January, 2019, the “Arogya Kunji” (Sahiya Upchar Kit) initiative was launched. As the name “Arogya Kunji” suggests, it is a small bag, having general medicines for common health ailments for children as well as elders and essential utilities like contraceptives; sanitary pads, etc. The kit has all those items which one can avail from Govt medic shops without showing any prescription. The kit is given to each ‘Sahiya’ (ASHA worker) so that in case of emergency, people can get it from the Sahiya.It was provided to around 1600 Sahiyas.

The large scale forest coverage and hilly terrain has made it difficult for the regular large size ambulance to reach far flung regions. Further, there are many small hamlets which are not connected by wide roads. In those areas, providing regular ambulance service has remained as a challenge. Learning from the emergency referral system used by security forces, the administration explored possibilities of converting a conventional bike to an ambulance and created, Motorcycle Ambulance Response Unit (MARU). Around 17 customized Bike Ambulance are serving people from remotest villages in Chatra district. It has largely benefited the pregnant mothers who are now getting access to hospitals for institutional delivery. 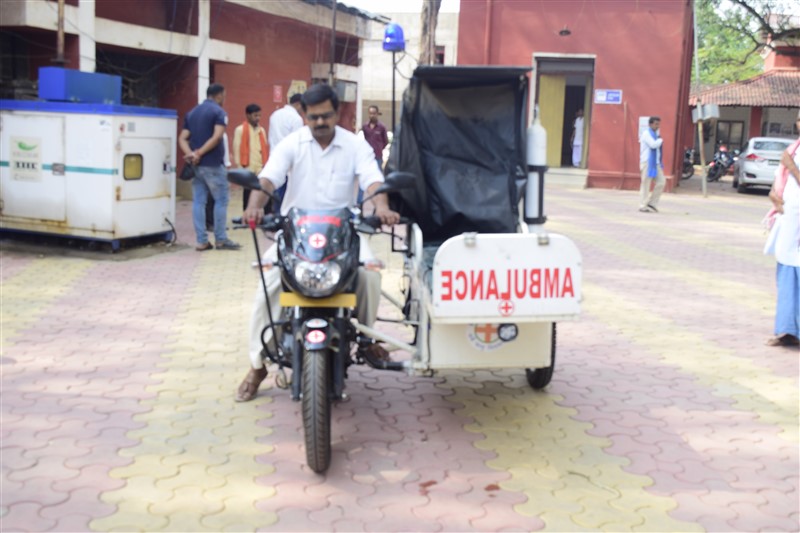 The recent sample study done under the Aspirational District programme has mentioned that around 11% of children are severely anemic and around 27% are moderately malnourished. This is an alarming situation for the district and besides strengthening the operations of the 4 Malnutrition Treatment Centres (MTCs), it was though that a mobile nutrition van should be operated in the district, which can provide cooked nutritious food to the SAM Children and at the same time provided behavior and change communication among the community. The MTV acts as a temporary setup to cure malnourishment cases at a location and move to another location after treatment as per demand. The MTV is equipped with cooking needs (stove, pantry items, etc.), weight scale, stadiometer, MUAC / Growth Chart, and other medical checks up instruments to provide service even in remotest of the areas. The MTV has been conceptualized to function like a common food van equipped with kitchen items and medical equipment and staff. One such van is now made operational. 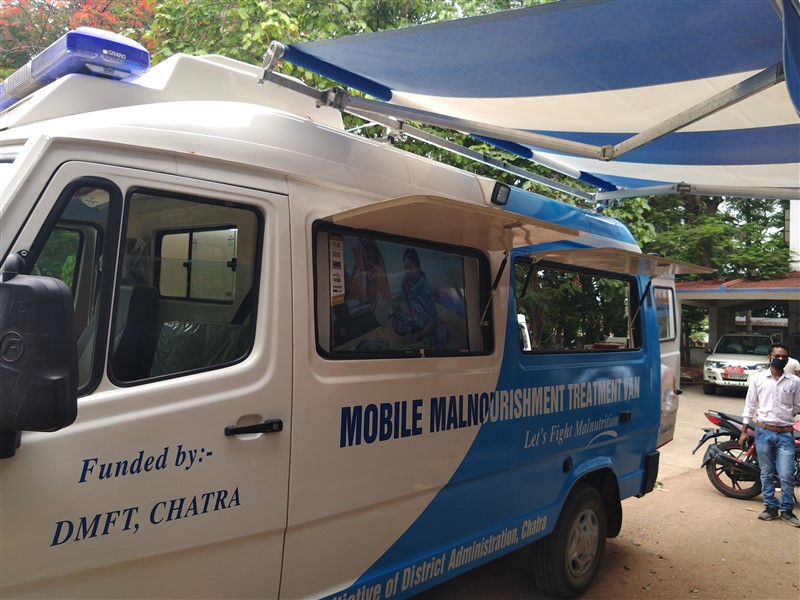 A glimpse of Malnourishment Treatment Van in Chatra district

Until the last two decades, Chatra has been infamous for all the wrong reasons, be it the red tide of Naxal wave or the slow pace of development. But, in these last 2 years, the district has seen a major transformation and has improved in many core service delivery sectors. Two of its initiative i.e. Arogya Kunji and Motor Bike Ambulance have been well appreciated by the Govt. of Jharkhand and decided to replicate it in the entire state as Mukhiya Mantri Arogya Kunji Yojana and Mukhiya Mantri Bike Ambulance Yojana.

Day by day the outreach of health services are increasing. Earlier people residing in the remote village have to walk for 8-10 kilometers on average, just to get a simple capsule of cough and cold, but now the situation has changed after the implementation of the Arogya Kunji initiative and medicines are available at village level only. The referral facilities have improved and so is the diagnostic service.

Working in a remote district is always a challenge, but the sheer dedication of the Deputy Commissioner and the young aspirational fellows in Chatra district has shown a very different picture all together. Now Chatra is one of the front runners in the race of development among the entire aspirational district in the country. One just require a vision to transform, right amount of motivation and a team with good leadership to change the scenario, and Chatra is doing exactly the same.