Basic question to be solved:

Bring in a sense of ownership & a structured approach mindset to tackle key issues.

Even after several orientation workshops at the district level, the idea about the TADP program was very vague for the block level officials. Many of them were not aware of the objectives and importance of this program.

This led to a lack of ownership by the officials at the block level who are responsible for the implementation of initiatives and schemes at the ground level. When we started working in the district and analyzed the data we received from the district and collated the data with the data from each of the blocks and scenario at the ground level, we observed a huge gap and lack of a robust system for proper implementation and monitoring of initiatives at the ground level. Also, we observed that, the various departments were working in silos and there was a culture of shifting responsibilities and cohesion among the departments.

Thus the idea of block level committees was formed after an in-depth discussion with
the DC.The strategy we followed was a two-pronged approach, which will run simultaneously and in synergy with each other. Convergence among various departments and agencies at the block level seemed to be the need for preparing the roadmap and month-wise planning and strategizing activities to bring about a structured development.We formed 2 committees at the block level to address this gap which are –

1. Block level sub-committee (BLSC) – This committee includes the block level government officials of the relevant departments, PRI members, NGOs and civil society
organizations. The BLSC committee is formed to set monthly targets, plan and strategize the monthly initiatives for improving the TADP indicators and discuss issues and bottlenecks faced on ground. The BLSC committee have a meeting on the first week of each month at the block level. The BLSC meetings are headed by the BDOs.

2. Block level committee (BLC) – This committee includes all the block level officials of the relevant departments. The role of BLC is to validate the data at the block level and check the progress at the end of each month. This ensures that the data collected at the district level is credible. The BLC meetings are headed by the BDOs.

The plan of setting up BLC and BLSC committees at each block was formed in September 2018 and was implemented from October onwards and the committees reached a stable form by February 2018. The main objective of this system is to bring about convergence among various stakeholders of the TADP program at the block level and develop a sense of ownership of the program. We have seen the data collected at the block level becoming more relevant and accurate each month and at present close to the ground reality. This was one of the reason why the raking of the district fell from 8 th out of 115 to the present 102nd . This gave us a real picture of the district and how much work that actually needs to be done in each block. If the convergence level is maintained and planning and monitoring of the initiatives at the block level is carried out in a similar manner even after we have exit the system, the initiative can be considered as a huge success.

Key Discussions with DC Sir, TRI Officials,District & Block Officials.Giving it a proper skeleton & making the necessary documents to bring the idea into shape and make it up & running in 6 months. 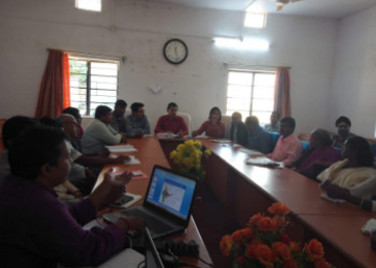 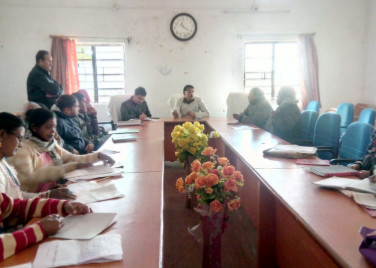 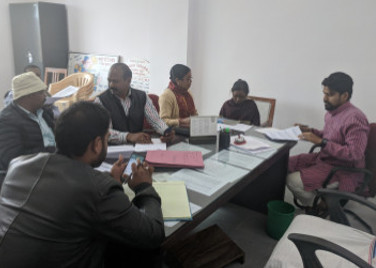 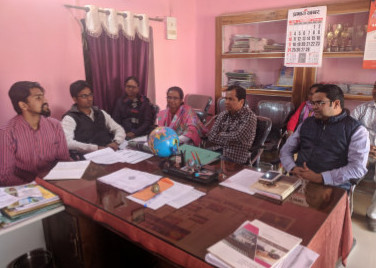