An IAS officer who is transforming the Anganwadi centers of remote villages in Chatra district, Jharkhand into Interactive and Child friendly learning spaces

‘Chatra’ District is situated in the Northern region of Jharkhand. Earlier it was a subdivision of Hazaribagh district and later was created as a district in 1991. Chatra is surrounded by District Gaya in north, Hazaribag in East, Palamu in West and by Latehar in South West. The District is located at 24012’16” N 54052’37″E.

The economy of the people primarily revolves around agriculture, forest, animal husbandry and minerals. Around 60% of the total gross area of the district is covered by forest. The district is rich in Coal, and coal extraction of Rs 4 billion (approx.) happens in the district every year. ‘Amrapali’, ‘Magadh’, ‘Ashoka’, ‘Piparwar’ and ‘Purnadih’’ are the major industries involved in the coal extraction. Revenue in form of District Mineral Funds (DMF) is one of the major fund available with the District Administration.

Chatra has witnessed a very serious phase of extremists’ violence by number of banned Left Wing Extremist Organization. However with the continuous Co-ordinated efforts in recent past by the District Administration, has successfully able to control on a large extent, the red tide of the Naxal wave.  Due to slow pace of development over many decades, Chatra has been identified as an Aspirational District, by NITI Aayog, Govt. of India.

The table below depicts the complete present scenario of the Integrated Child Development Services available in Chatra district: 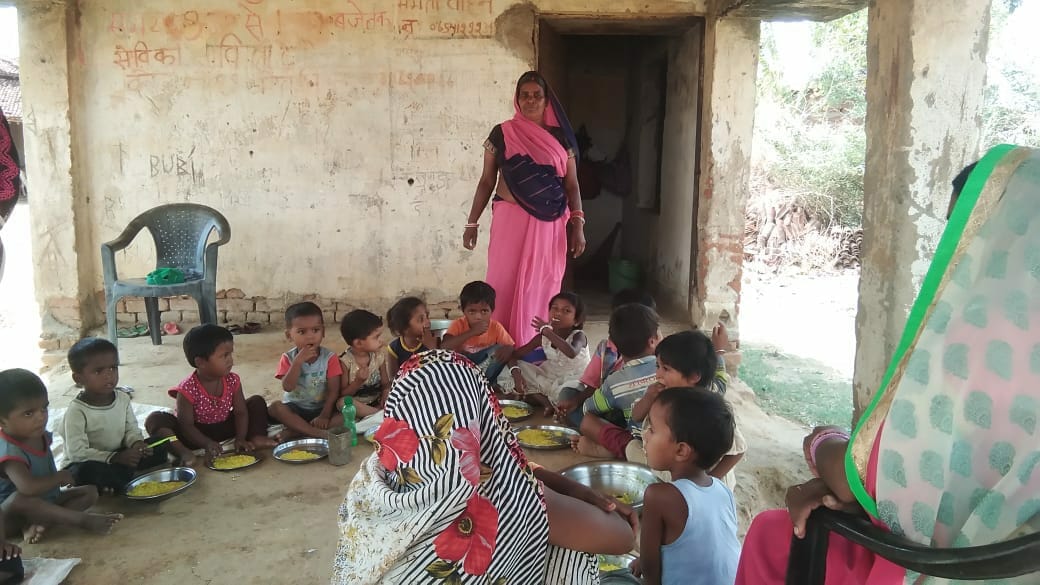 Anganwadi services in Chatra district has been available from quite a long time, and it has been  able to cater the needs to many with the limited resources it has, in its baggage as a part of the Central Government‘s supplementary Nutrition programme under its Integrated Child Development Scheme . But, a tour down the district will make anyone realize that, the majority of these centers have buildings which are dilapidated and unhygienic structures where only State backed services are provided to the children between 0-6 years of age (depends on the availability of funds and resources as well). 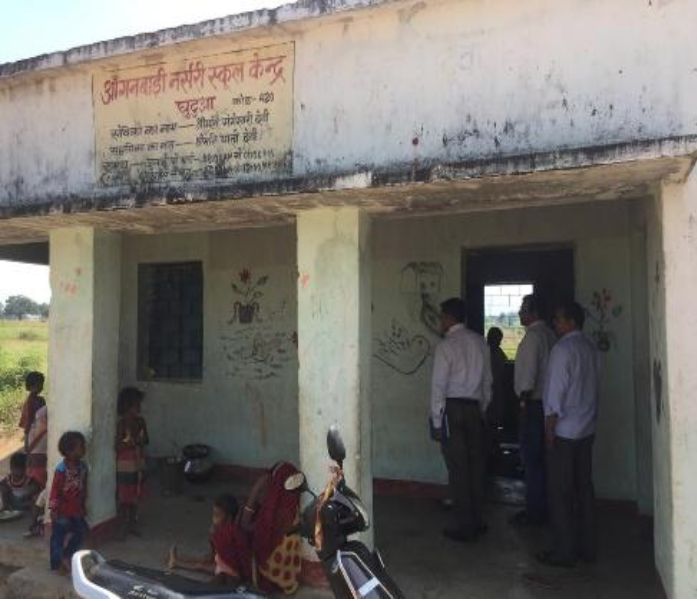 Anganwadi Centers have a lot of importance in terms of rural context, as this is the first interface of the child in terms of preschool learning, nutrition and health. But, with the dilapidated and unhygienic AWC structures in the district, the retention of children in the centers became a major issue of concern. The parents of the children developed a passive thought of sending their children to the centers, as they believed that no learning takes place in such an unhygienic structure. Interestingly, the children were also quite disinclined towards going to these centers. These incidents forced the District Administration to give serious thoughts about the issue, and after series of brainstorming, the District Administration initiated the “Project Aangan” in Chatra district.

“Project Aangan” was the brain child of Mr. Jitendra Kumar Singh, IAS of 2008 batch from J&K cadre, joined Jharkhand Cadre in December 2017. He took over his duties as the Deputy Commissioner of Chatra district in February 2018. It was his vision and leadership, which made the idea of constructing Model AWCs in Chatra district a reality. He personally took interest in the issue of remodeling AWCs, and after multiple consultations and discussions with the concerned departments, finally the initiative became a reality on 01.10.2018.

While addressing the media on the day of inaugural launch, he said, “Aganwadi Center is an important institution for development of children, as this is the first interface of children from rural areas in terms of learning, nutrition and health. It is very important to create a quality space, where children can enjoy their early phase of education like any other private play school of urban areas. Presently we have constructed 40 Model Aganwadi Centers and in future we will replicate this to other centers also” 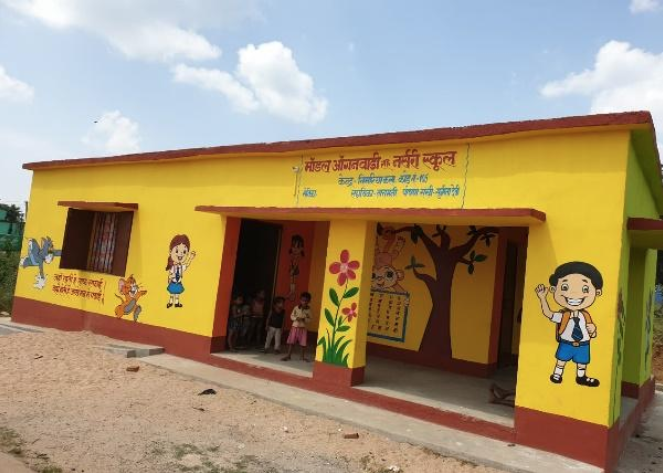 This initiative was officially launched on 01st October, 2018 by the District Administration, Chatra. The broad vision of this initiative is to transform the Anganwadi centers of the district into interactive and child friendly learning space, where the children are provided with the utmost facilities available within the reach of the district administration and bestow the best form of preschool learning, like any preschool of urban area, to the remotest village of Chatra district. 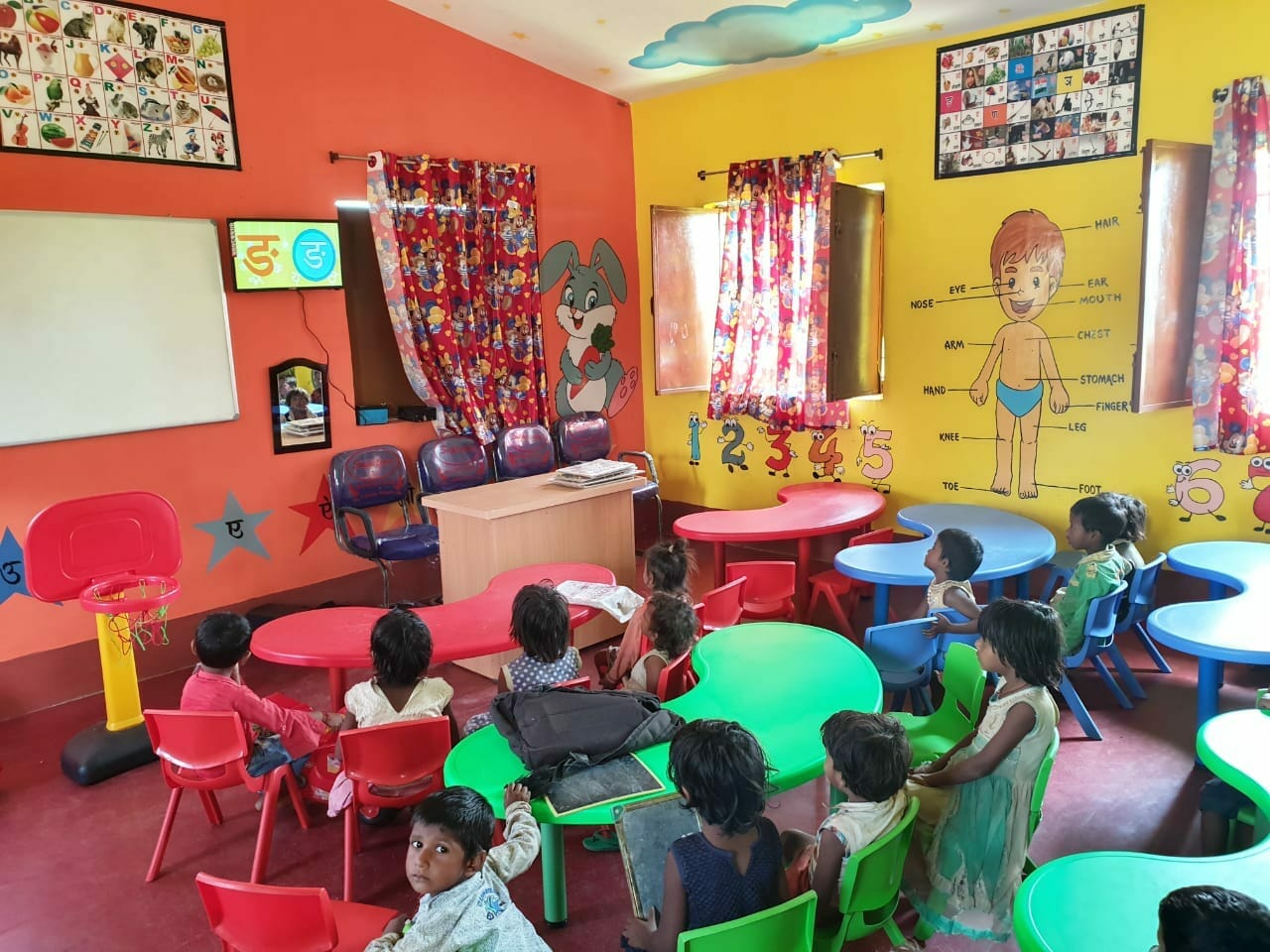 A total of 40 Anganwadi centers are selected for redevelopment and up gradation under this initiative from DMFT (District Mineral Funds) in Tandwa and Simariya blocks of Chatra district. These 40 Anganwadi centers have been provided with all the basic facilities which any modern day private play school of urban area has, like Integrated Learning materials (ILM), ICT (Information and Communications Technology) enabled teaching and learning, toys, vinyl floors, well decorated and painted walls, uniforms for children, nutritious and healthy food, and most importantly a complete child friendly environment, where the tiny tots gets ample opportunity to enjoy their early phase of education.

The Time-Cost details for this whole initiative can be summarized in the table below:

The long time vision of this initiative is to bring in the facilities available in the preprimary schools of urban areas to the Anganwadi centers of remote villages, as well as to check the malnutrition, stunting and underweight conditions of the children. Malnutrition, stunting and underweight are the prevailing situations pertaining in the district. Through this initiative, children enrolled in the AWCs will be monitored and special care will be given to the children, and progress will be compared on regular basis. This model is started with the idea to empower the young minds physically and mentally, so that this small step today, may turn into a giant leap tomorrow.  This initiative is started on pilot basis and will be replicated in other AWCs of different blocks as well.

Health Parameters
– Low rate of Malnourishment, Stunting and Under weight cases among children

In terms of health parameter, which is an essential component of this whole model, the lower rate of malnourishment, stunting and underweight will be important aspect, and a comparative analysis will be done with the children of AWCs, which have not been part of Project Aangan.

Sustainability of the Model

There are four key factors that ensure sustainability of this Project Aangan model, which in return impact the learning outcome and ensure quality: Increase in retention of Children, Acceptance from parental side, Quality work by AWW and Governance & Management. 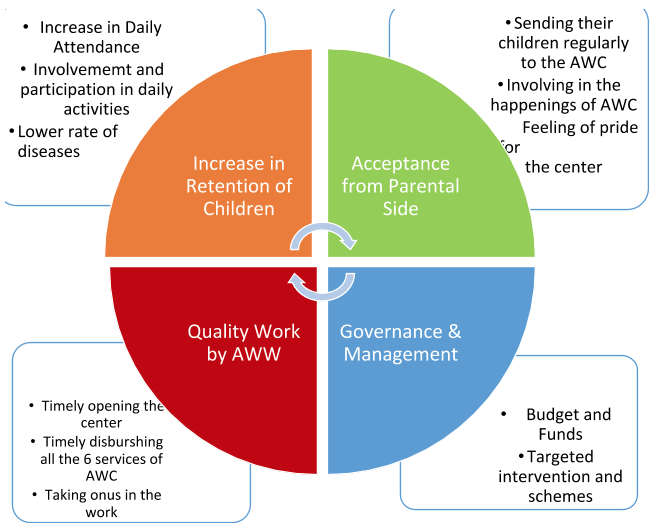 Some Glimpse of Inaugural Launch 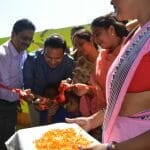 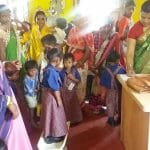 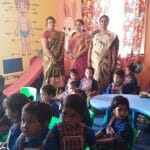 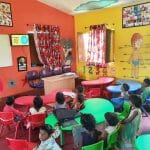 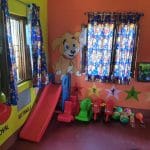 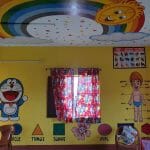 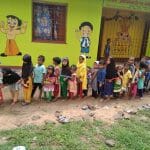 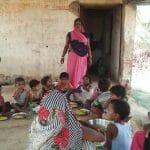 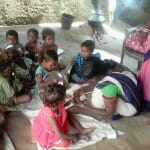