With statistics on stunting and wasting in children much higher than the national average, the Government of Bihar has enhanced its focus on health facilities. This focus, exercised through the various schemes under the ICDS, includes enhancing the efficacy of Nutrition Rehabilitation Centres (NRC).

An NRC is a health facility to cater to the needs of children with Severe Acute Malnutrition (SAM). These children are admitted in line with the report of the Indian Academy of Paediatrics (2006), and are provided with several services. These services include 24-hour care and monitoring, treatment of complications, therapeutic feeding, etc. Once discharged, the child continues to be monitored through the NRC.

In the context of its position compared to the national average and the need for NRCs, the Government of Bihar has established 38 NRCs in the State. One such Centre lies in Manpur Block of Gaya district.

In assisting the District Administration, the Aspirational District Fellows Maitree Ganguli (now posted as the ADF in Banka, Bihar) and Nidhi Punetha, sought to identify challenges faced by the NRC, and an intervention to overcome these challenges.

The aim of the exercise is to improve the services provided and their mechanism of execution, contributing to improving the state-wide statistics on malnutrition in children.

Upon inspection by the ADFs and District Officials, it was found that the NRC was running in unhygienic conditions, and basic facilities were not available. For instance, the toilets did not have regular running water, the water outlets were clogged, and the fridge was non-functional. Though it was the only centre in the district, it was not fully equipped to monitor malnourished children across the district. For instance, the weighing machine had become inaccurate overtime and the height markers had faded off the walls. Due to this, parents were less likely to have their child stay at the NRC for the recommended 15 days.

In addition to the infrastructural challenges, the ADFs assessed procedural challenges. It was found that the processes dissuaded parents from staying with their children at the NRC for the recommended period, taking their children out of the NRC before the 15 day period, thus preventing adequate monitoring. The process in question was for compensating mothers who were daily wage-earners. The disbursement of funds took a few days to process, making the opportunity cost for staying at the NRC too high.

On a structural and administrative level, many challenges were identified. First, there were gaps in coordination between the Health and Nutrition Departments. This resulted in slower monitoring of SAM children in the district. Second, inefficient processes resulted in slower disbursement of funds to the NGO operating the NRC for necessities like groceries. This contributed in dissuading parents from having their children stay at the NRC for the monitoring period.

All these challenges resulted in a low occupancy of 10-15%. Which in turn resulted in lower enthusiasm of the staff, adding to the challenges faced. Given the alarming statistics on SAM in the State and District, it was imperative to address these challenges to make the NRC a viable option for parents and children.

In order to tackle these infrastructural and administrative challenges, a two pronged approach was implemented by the District Administration.

The first prong involved revamping the infrastructure. Utilising existing funds for NRCs, the District Administration led efforts to improve conditions. The building was re-painted, the washrooms were fixed, and pipes were repaired to ensure running water. Old equipment, such as the weighing scales, was replaced. 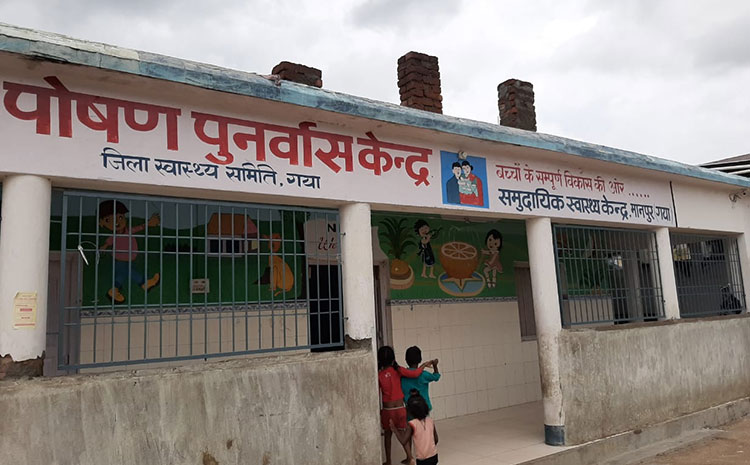 The second prong involved improving administrative processes. The first step taken was to ensure that funds for working mothers were released on the spot. This ensured those who depended on daily wages could now stay with their children for the complete 15 day period of monitoring. The second step taken was to bridge the gaps in communication between the Health and Nutrition Department. This was done by ensuring weekly and monthly meetings of a Monitoring Committee. This was chaired by the District Magistrate and had the ADFs, representatives from the District Health Society (in-charge of monitoring the NRC), the NGO which operated the NRC, ICDS District Program Officers, and CSOs like CareIndia and UNICEF. Through this regular platform, the respective officials in-charge could share concerns and inputs. This platform also made these officials regularly accountable to the District Magistrate. 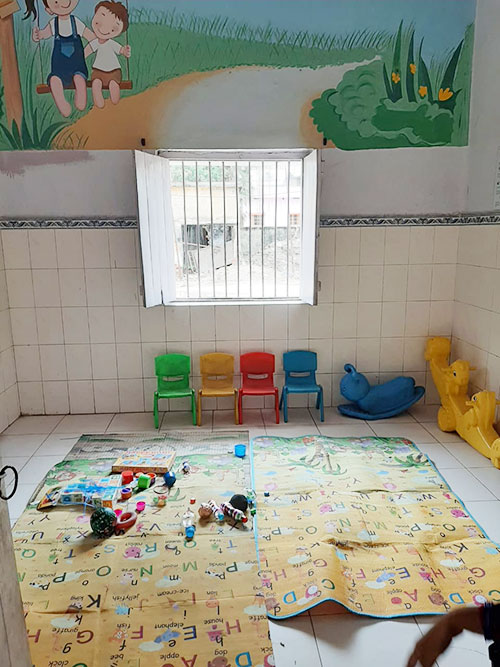 Improved conditions in the NRC

Additionally, the process of disbursement of funds to the NRC by the District Health Society was simplified. This was done by ensuring that the NRC reported its basic grocery requirements a few days before they ran out of their stock, allowing time for funds to get disbursed. This simple intervention made the disbursement and procurement process seamless.

Impact of the Intervention:

The intervention began in 2019, and in approximately one and a half years, it has created a visible positive impact. The occupancy rate increased from 10-15% to 100%. In fact, it resulted in utilising an unused room in the premises to expand operations, to accommodate the increased occupancy.

This clearly indicates the change brought by the intervention. With the administrative processes improved, the regular meeting and monitoring mechanism has also ensured sustainability of the intervention.