A series of video conferences related to the Aspirational Districts Programme (ADP) had just taken place. The efforts under the ADP in the past two years were appreciated by CEO NITI and Chief Secretary Jharkhand. But a new crisis was already knocking at the door. At the end of the video conferences the District Collector Khunti asked the officials to start reducing the number of staff called for daily work, to start social distancing and to undertake various other preventive measures. The district was just starting to realize the magnitude of the problem from Covid-19.

The district of Khunti faced a plethora of challenges. Covid-19 had brought in a crisis where lives of people were at stake and where their employment opportunities had been curtailed if not completely abandoned. The ignorance and lack of information was fuelling rumours and fear. The district administration had to address the challenges with all its might. The District collector called for an emergency meeting of its officials to discuss a strategy for containment of the disease and understand our present status of preparedness. It was quickly realized that the district was running short of Personal Protection Equipment (PPE)s – masks and sanitizers, thus risking the health of the frontline workers. Also, one had to arrange for ventilators, fogging machines and hospital beds where symptomatic and asymptomatic cases would be quarantined. The population in the district depended a lot on the so-called haats and the dependence on daily wage work for eking livelihood was quite high.

The district administration came up with a strategy where it would put its best efforts towards bringing convergence among the available agencies, organizations and resources available within the district. Under the leadership of the District Collector, The Aspirational District Fellow with his network and expertise was to bring people and resources together so that all would be working in one direction with a single goal. With all these resources at its disposal the district administration would then be able to reach every individual in the district who would be in dire need of help.

The first challenge was to ensure that enough masks and sanitizers were made available in the district. For this the district decided to take help from the existing community institutions. Khunti has a large number of self-help groups and federations. Some of these institutions were already working in small scale businesses like lemon-grass oil, tulsi oil and tamarind processing. The ADF has been involved in setting-up of these Lemon grass and Tulsi oil processing units. Lemon oil and Tulsi are widely known for their medical benefits. Blending of these oils with hand sanitizer having 72 percent alcohol was recommended by the laboratory after ideation from the district team. On 25th March the responsibility to supply these sanitizers, blended with lemon-grass oil and Tulsi oil was given to Anigraha Gramin Seva Kendra. Since then a group of 8 SHG women have made 280 liters of sanitizers till now and now have targeted to supply another 1000 litres. In two weeks, around 10,000 masks have been made by SHGs in Torpa, Khunti and Arki block of the district. These masks and sanitizers are now being used by the frontline workers including health officials, other officials, police staff and other individuals.

Fig: Masks made with SHG women in Aspirational District Khunti

The district has an active presence of civil society organizations (CSOs). On 25th March, the District Collector called for a meeting of the volunteers from the CSOs working in the district. The idea was to gather support from the members of civil societies in running the COVID-19 control room, support in terms of food, logistics support, information and communication for the community. A total of 35 volunteers attended the meeting to design a targeted plan of action with assigned roles to each member. The district control room would function like a call centre, where queries of people would be recorded and addressed by connecting to various departments responsible.

As an outcome of this meeting, five civil society organizations decided to provide four staff from their organisations for regular monitoring in the District COVID-19 control room. Also civil society organisations such as CINI-Tata Trusts, NBJK, Plan India, Sewa Welfare Society and Pradan have extended their support by providing a list of ready volunteers. These volunteers would act as an extended arm of the administration to help the latter in implementing our containment strategy by door to door awareness campaigns in case of an outbreak in the district.

In lock down, people got stranded in remotest of the rural areas. While the distribution drive of food supplies was going on with our CSO partner Sewa Welfare Society, a woman came up asking for a packet of rice. It would have been difficult for anyone from outside to reach this village. On being asked about her situation the lady broke into tears and didn’t speak a word. The district volunteer handed over a packet of 5 kg rice to her and she left.

Given the looming food crisis, the district administration had to ensure food supply to the poor. It decided to take the help of civil society organizations. An organization, Help a Child in Need, had approached the district administration some three months back to work in education. As a pilot, the organization was asked to work in the remotest Jaipur panchayat of the Rania block. To contribute in the fight against COVID pandemic, the organization agreed to provide 10 Kg rice, 3 Kg dal and 3 Kg sattu per family in Jaipur Panchayat. Other CSOs have also started playing an active role to reach the remotest of the places in the district with their network of volunteers and resources. A Khunti based NGO, Sewa Welfare Society along with Pradan has distributed 50 quintals of rice in the district. Another NGO, Nav Bharat Jagriti Kendra (NBJK) has provided food supplies for 300 families and has provided training in 41 revenue villages on awareness on social distancing and safe hygiene practices as per the guidelines provided by WHO. CINI-Tata Trusts has supported communication efforts through its messages in local dialects. Transforming Rural India Foundation (TRIF) with support of Tata Trusts has also provided a kit with 300 PPEs and other equipment to the district. These numerous support systems in convergence have ensured us to be at a better position in our fight against Coronavirus Pandemic.

The district administration has also made efforts towards convergence of support from Central Public Sector Enterprises (CPSEs) and NGOs outside the district. Numerous requests were sent for assistance to get Ventilators, Masks, Sanitizers, Fogging machines and food supplies. As a result of the efforts, the administration has received 120 quintals of rice from Indian Oil Corporation Limited, one lakh packets of biscuits from Parle biscuits and financial assistance of Rupees 50 Lakhs from Power Grid Corporation of India Ltd. (PGCIL). The Tata Trusts and District Administration Khunti have partnered to construct a solar micro cold storage to be used to store vegetables during the pandemic. 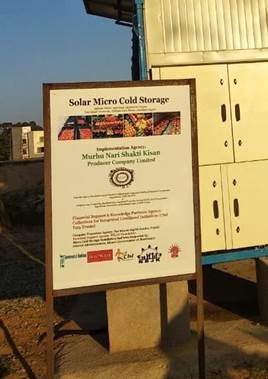 The District Administration is trying to equip itself with the best of health infrastructure to contain the spread of disease in case of an outbreak. In light of the same, it has been reaching out to organizations like ONGC, GAIL, HPCL and BPCL to extend their support to the district. The overall effort has been to use a convergence strategy to equip the district with enough medicine supplies, protective equipment, ventilators and food supplies to handle even the most critical situations.