Basic question to be solved:

How to provide Electrification to the last mile, places which could not be covered by government schemes due to genuine logistical challenges?

Even after multiple electrification schemes by the Government there are certain hamlets or tolas which have not been electrified.Major reasons for this being scattered settlements,topography and genuine logistical issues like certain places being accessible because of bad roads & connectivity.This eventually leads to the last mile problem,and thus it becomes impossible to achieve 100% saturation in electricity supply. So to help mitigate this challenge in Gumla earlier PRADAN have collaborated with Gram Urja to setup Micro-Grid,though its a great initiative still it has its own set of shortcomings,like the grid can cater to max 35-40 households & the households cannot be scattered too far from each other. So we at the district administration charted out a plan with the support from various district level officials.

Then it was unanimously decided that we should use the District Innovation Fund (DIF) to pilot an initiative which will help solve the last-mile problem completely.

Then after carrying out research and analysis regarding solar electrification,we
came in contact with an international NGO. Barefoot College (www.barefootcollege.org). They have been working on this challenge in almost 97 countries till date & have a good experience in this field.Further,they are supported by prominent organizations like APPLE,ORACLE,COCA-COLA foundation,etc. They also have collaborations with MEA (Ministry Of External Affairs) & MNRE (Ministry of Renewable Energy).Thus,we felt they were the right agency whom we could rely on for this last-mile challenge.

Thus presently we have zeroed down to a main hamlet called karanjkur & its nearby hamlets.The nearest village is Sursang. This initiative will provide solar electrification to 150 households.Out of which funding for 100 households is being provided by us and for the rest Barefoot College has mobilized some of its CSR fundings.Once the 150 households are electrified,in order to make this entire initiative sustainable there will be a REW & Committee setup to make sure the solar engineers (Solar Mamas) get a regular source of monthly income for their skills.Further Barefoot will also try to promote other livelihood models related to solar enterprise and other SHG level small scale enterprises so that the women can get a regular source of income in the long run.

One critical aspect of this initiative is that, there is a strong need of proper Convergence & Synergy among the stakeholders Further, one more major hurdle that can foresee is the as SHG take decisions collectively, thus the decision making process can get a bit delayed. But, we at TADP are confident that we have the right partners who can tackle the operational issues with certain level of ease.

The success of the initiative basically relies on 2 parts of this project.In the initial phase in the coming 8 months, 150 households have to be electrified and the entire model with all the necessary social mobilization needs to be up and running.The next phase will see the analysis of the community to understand the demand needs and thus try to map relevant livelihood options accordingly, these include bee-keeping,coffee plantation,solar products,etc.Thus once the 150 households are electrified phase 1 will be considered a success.Then phase 2 will be considered successful once the analysis of the community is done. We are confident that this initiative will definitely make a difference in the life of these 150 households.And also based on our market research we are confident that in the long run,the maintenance cost for these will be affordable to the beneficiaries.

Multiple field visits and analysing the topography along with mapping of schemes.
Then discussing with DC sir & other relevant District Officials. Based on these findings, we have personally been involved in the site selection of this initiative & MOU has been signed with barefoot. 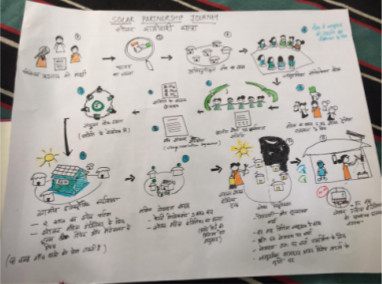 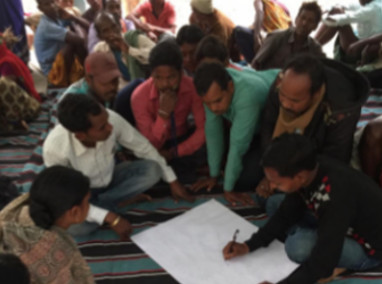 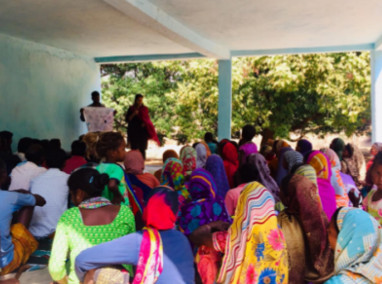 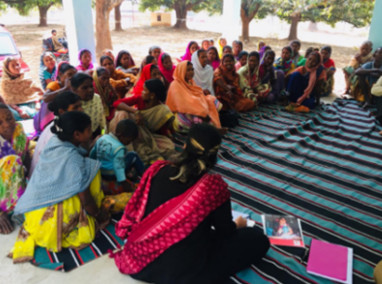