Travails and tribulation of anchoring distress calls during COVID

We were asked few days back about “how are we (ADFs) coming out of our comfort zone in response to this crisis?”I didn’t have an answer to that. Rather it kept me thinking if I am really coming out of my comfort zone in any ways.But after giving it some thought what I could think was just one thing that“in normal days I am slightly irresponsible with picking up the calls but during these times,as our numbers have been shared on the various platforms ,we receive number of calls from our District/other Districts/other States, majorly relating to issues being faced by the beneficiaries in accessing the essentials like-medicines,food,cylinder etc. The phone has been ringing all the time. There are times when I feel overwhelmed and want to take a break but the next moment one thing strikes is that “you don’t know what this call means to the person dialing the number” and all the fatigue vanishes. This realization motivates to go ahead and attend each and every call and also ensure that the missed calls are also dialed back. We are trying to the best of our abilities to ensure that the issue is resolved or some immediate relief is provided.

Till now we have reached out to 168 people from various locations and still continuing.

Once we receive the calls, we are extensively using Social media and other online platforms like Twitter/ Facebook /WhatsApp/Gmail .We take up their details and grievances through call, messages or WhatsApp. We then collaborate with other ADFs, colleagues, friends, relatives, professionals to seek their support in reaching out to the NGOs /individuals known to them, who may provide some assistance. We simultaneously reach out to Administration and NGOs/individuals. As most of the Administrations are active on Twitter/Facebook, we are looking for helpline numbers (control unit of respective Districts/States), any notification or mechanism for respective issues if posted by the administration on these platforms. The mechanisms from the administration’s side ensures sustainable redressal and if in case it takes some longer time in redressal from their side , we try to ensure immediate relief through the NGOs /Individuals.(for e.g. Feeding India, Sarvhitya, Rise against hunger,Healthy Ageing India, Sankalp Prakash Sanstha,Central Hunger Helpline etc. ).If requested by the respective NGOs /individuals, we are providing them the adequate information through Gmail and other social media 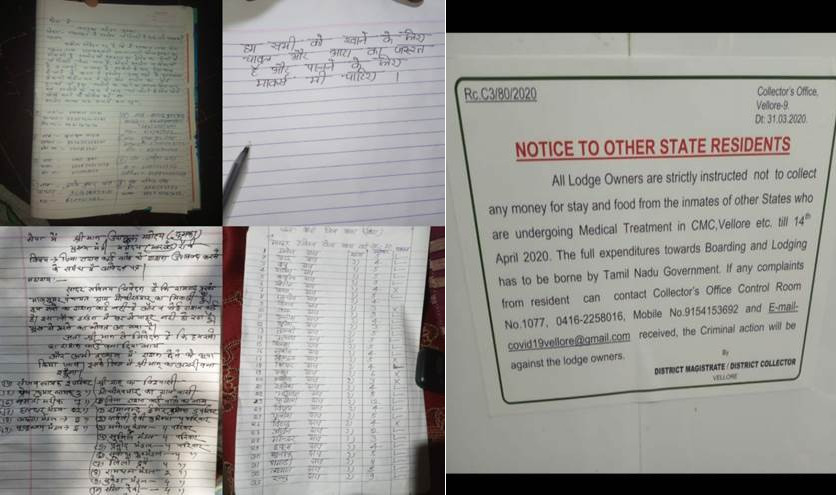 This engagement doesn’t come without challenges. Some are:

It would not be right to say that the mechanisms are not in place, but as the crisis was unprecedented,these mechanisms were to be streamlined, publicized, made accessible to those who due to some reasons can’t access it.Effective operationalization and implementation takes some time and we are aware we have prepared ourselves for this crisis in a very short span of time,thus few operational issues remains unavoidable.

Ensuring Sustainable redressal is another challenge because NGOs/indivuals can provide immediate relief and as we are aware the lockdown can be for a longer period thus sustained solution to this is needed. (for example some don’t have ration card, some Administrations are providing relief to stranded on case to case basis ,there is no guideline/notification for mechanisms in place to help those stranded from other states at times)

There is sense of desperation and frustration among the target group, the main reason for this being repeated calls to the same individual enquiring about his/her grievances yet delay in providingthe required help.At times we find ourselves at the receiving end of this and they also refuse to share the details saying that everyone is just asking the same details but doing nothing to help.

It has also been observed that assistance is being provided to the same individual or group repeatedly by various stakeholders. This leads to repetition of work and under utilizationof resources. In times of crisis like this, time, energy and resources are under tremendous strain and an efficient management is must to reach to maximum numbers of beneficiaries. So an efficient database management is the need of the hour.

Lack of awareness, inaccessibility of information

There were many instances when it was found that food and shelter is being provided in the localities from where calls were made but they were not aware about it. The two reasons for the same being-Inaccessibility of the information and apprehension in moving out of their homes because of the fear of police or administration (a case from Delhi-Majnu ka tila-the person was arrested when he was going to the nearest meal center). One way of addressing both these issues would be proper dissemination of information beforehand.

Lack of sensitivity amongst stakeholders

In crisis like this, each one of us are emotionally strained due to various factors but we need to understand that we as professionals are more trained and equipped to deal with this than the poor and marginalized sections.Therefore it is expected of us to be more sensitive and empathetic to them. There are instances where people calling for help are being asked questions such as “why they didn’t carry sufficient money, how come their supply exhausts so quickly, why were they so careless to venture out somewhere away from home etc”. This harms the dignity of an individual and such questions should be avoided as far as possible.

Since this crisis is unprecedented and massive at scale, a lot of personal and professional learnings can be derived from this. Some of them are:

Sometimes you may feel receiving the call that you would not be the right person to resolve their issues. But at times people just want to be heard- you can feel that helplessness in their voices of “ just not being heard”. In one case ,when the person called me for the first time ,I gave him the number of the control unit Banka. I mentioned to him that I look after Dumka but then he requested “if he can just be heard once” as he wants to share his problem. I heard him and he thanked me just for listening though we resolved his issue later. So don’t forget to take these extra miles because this means a lot to them!! After all what’s more satisfying than seeing this “sigh of relief”!!!! 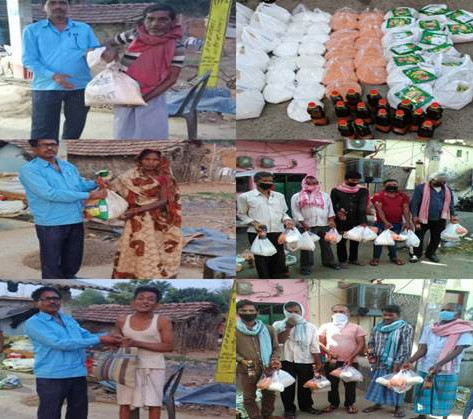