Operation Whiteboard – Jharkhand Schools To Get Freedom From Chalk Dust

The most widely used method and one of the traditional method of teaching comprises of using board and chalk. Most of us have grown up studying in such classrooms and even now blackboard teaching is a common teaching method, considering its low cost and economic benefits to the schools.

But do you know that the chalk dust releases the coarse dust particles, that is harmful to the health?

On average, a teacher spends six to eight hours each day in the classroom, and a student spends one-third of its day in the classroom. This should not come as a surprise, as the studies have revealed that, fine chalk dust is harmful to the human respiratory system.

Today we talk about Simdega village in Jharkhand, which is trying to get freedom from chalk dust in the schools through one of a kind operation called ‘Operation Whiteboard’.

What is ‘Operation Whiteboard’?

Simdega district of Jharkhand recently launched ‘Operation Whiteboard’ on the lines of ‘Operation Blackboard’ which was launched by the Government of India in 1981. The primary goal of the operation is to equip all the classrooms of the government schools of the district with whiteboards, hence ensuring ‘Freedom from Chalk Dust’ to the students as well as teachers.

The beginning of the transformation

‘Operation Whiteboard’ was proposed by Satvik Mishra. According to him, the idea was to replace the blackboard and chalk with something which is sustainable, human-friendly and also environment-friendly. 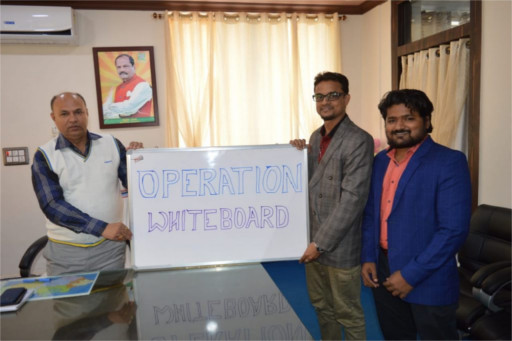 Harmful for the eyes and skin, chalk dust has harmful effects in the respiratory system of teachers and students- is a fact least pondered upon.

So what could be done? This concern led to the beginning of a transformation that has been welcomed by the teachers and school management committees. Up to 700 plus schools have been covered through the project and the future looks brighter.

Whiteboards have helped to keep away the students and teachers from toxicities, helped teachers to provide better visibility and explanation to the students allowing the use of multiple color markers. The team behind this project has been working day and night to make sure that the entire district of Simdega becomes free of the chalk and dust, with the installation of 3300+ whiteboards. 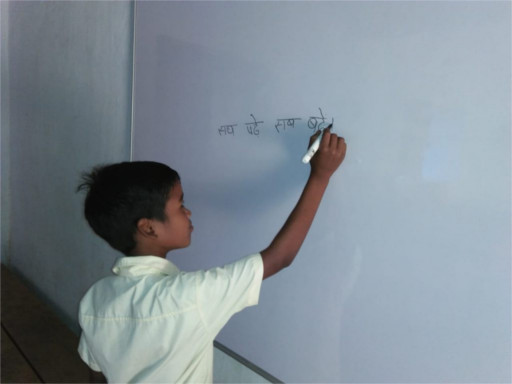 One Goal, Unified Approach, And the Combined effort.

No dream is fulfilled by the effort of a single man. While the change was envisioned and the project was planned up at the district level, synergy for the same was generated by collecting consent from each and every SMCs of the district. The fund needed to drive out the project was mobilized from ‘School Development Fund’, which are kept under respective SMCs. It’s this hard work and dedication shown by the SMCs of the district that the strategy was followed and incorporated well. This is now visible when we see that gradually we have installed whiteboards in more than 700 schools.

Of Sustainability And Livelihood Opportunities.

Having installed the whiteboards the next challenge was to assure economical availability of markers. Simdega has planned to use reusable markers and the ink to be used in the same has been planned to be produced domestically, with the help of local SHG members. While this step assures self-reliance, it also gives livelihood opportunities to the locals.

Simdega in Jharkhand is the only district that has paved a unique way for assuring ‘Freedom from Chalk Dust’ in rural and urban schools. It makes it the first in the country to set an example for other schools in the India. 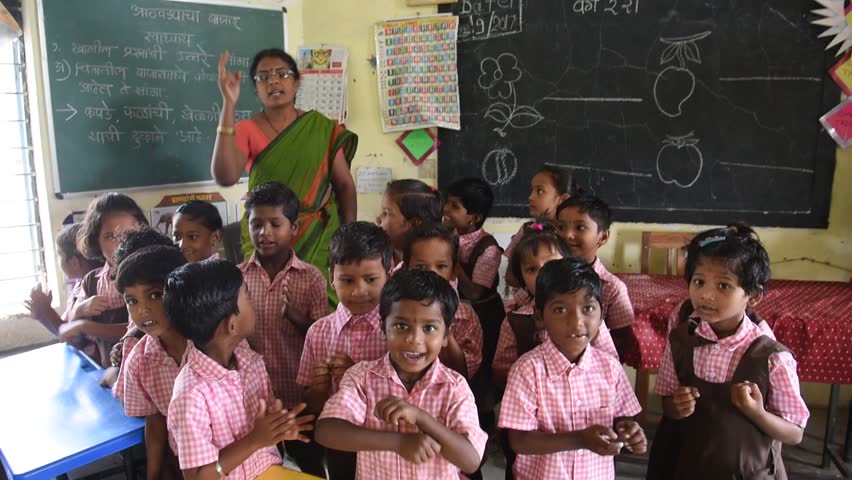 To bring a change the vision has to be empowered with actions. Simdega is that village which has brought about that change and we hope that ‘Operation Whiteboard’ becomes a success in the other districts of the country. In the end, nothing is as imporatant as health is.